Why US and Google reject Huawei ?

I would say only ten percent understand what is a deliverable 5G network. General public sees a mixed hodgepodge of preconceived ideas that China is a dark communist enclave, no idea what it is a 5G cell phone or the complexities of operating over existing standards. They think in terms of clouds and not networks or in terms of technology not business.

Huawei is suspected of providing espionage services to the Chinese government in the United States, Canada, Australia, Japan, New Zealand and a number of other countries. Not proven convincingly

On social networks we can read what is like working for Huawei "An utter trash of a company in terms of labor management."

But before end of the year 2019, president Trump and President Xi Jinping will meet to sign a trade deal

Huawei is the world's largest supplier of telecom equipment.
It seems like the company is planning to dominate the network industry for a long time.


"To handle 5G networks, a city needs to have more than 100 base stations,"If you ask me which country will have thousands of base stations first, it'll be China." 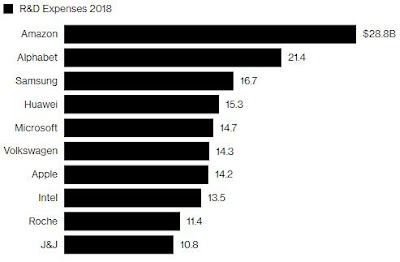 The budgets for development over the last four years  are ranked #2, in the world 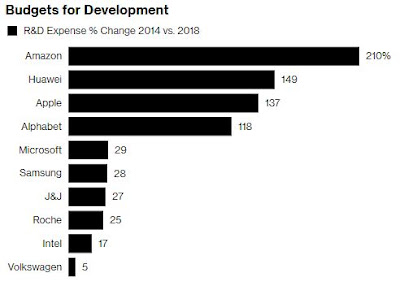 While Verizon and other operators for 5G have a few cities implementation, Huawei plans 170 cities in China alone.

Their revenue growth is spectacular 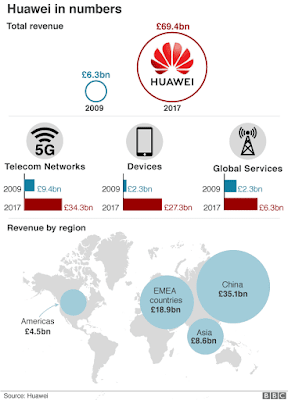 There no other telecom company in the world that offers 5G equipment, logistic and operation at the same level of competitiveness. Huawei licensing will create world wide compatibility . There will be a collaboration.

The universe as we know it stretches 93 billion light-years across. and contains two trillion galaxies Are any other civilizations ? No one proved not,  and no one discovered or knows the universe edge

I came to learn about edge computing in a cloud environment and ask myself where is the edge. A 5G network will erase the need to bother. The entire fabric, in theory, will be like an ubiquitous edge. 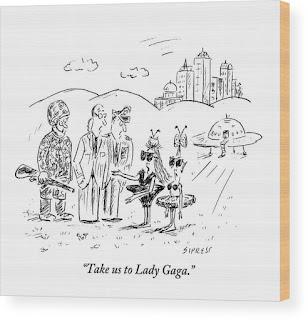